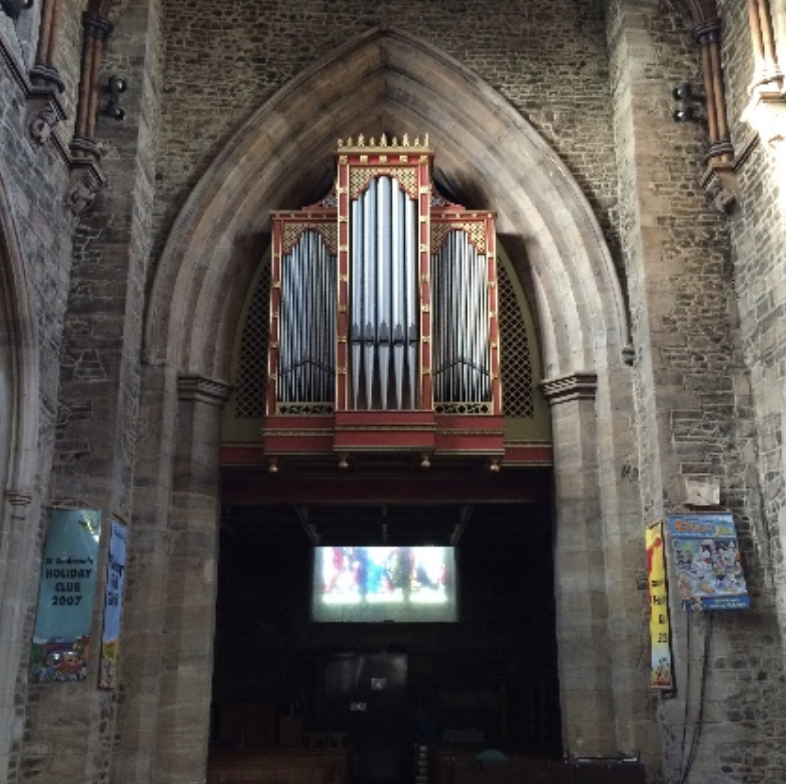 Bach and friends : join us for a fabulous lunch-time concert of organ music performed by award-winning organist William Whitehead on the recently restored organ at St Andrew’s Church. A wide ranging programme to include Bach, Bach arranged by Dupré, and Bach arranging Vivaldi! Plus a kaleidoscope of contemporary pieces in homage to Bach drawn from the Orgelbüchlein Project.

William Whitehead has gained a wide reputation for his engaging and inspiring interpretation of the organ repertoire giving concerts in Europe and the US. Recent concert venues include The Royal Festival Hall, London, Westminster Cathedral, The Royal Albert Hall for the BBC Proms and Berlin Dom...

* A recorded artist on dozens of discs, he is most recently to be heard as organ soloist in Handel’s Op 7 No 1 Organ Concerto with the Gabrieli Consort and Players (Winged Lion label).

* A sought after organ teacher, teaching many students at both Oxford and Cambridge Universities.

* As curator of the Orgelbüchlein project, William is seeing through a large-scale project to 'complete' Bach's unfinished collection. This international project has already garnered much interest and is fast becoming a cross-section of the most interesting composers at work today. More information is available at www.orgelbuechlein.co.uk

Save this product for later
Display prices in: GBP